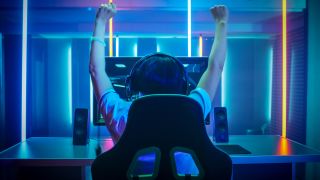 As we prepare to enter the first decade of this millennium that doesn’t require awkward nomenclature like ‘noughties’ or ‘teenzies’, it’s time to reflect on the best of PC gaming from the last ten years.

What’s strange about this era is how contracted it feels, with many games from years ago remaining relevant through mods, expansions and resiliently high player counts. It’s been a decade of long shelf lives, expansive RPGs, and marrying off cousins to horses (and other cousins) in medieval grand strategy.

It’s been a great decade on PC, so as a thank you and ‘ta-ra’ to the teens, we’ve put together the best PC games to have come out since 2010.

You don’t need to have so much as dug a hole or mined a cube of ore in Minecraft to appreciate its impact on gaming. It’s the digital Lego that Lego itself could only dream of being, letting players of any age unleash their creativity on the now-iconic voxel-based world.

It inadvertently pioneered the survival genre too, and it’s hard to imagine games like Rust or DayZ (and subsequently PUBG and Fortnite) existing without Minecraft’s deceptively challenging survival mode, where you need to eat, build and fend off those insufferable monsters.

It’s strange to think that the elder of the two currently played Civilization games came out nearly 10 years ago, what with it still being the 25th most actively played game on Steam at the time of writing.

Its longevity can be attributed partly to the fact that it remains the most accessible game in the series, with elegant systems for religion, diplomacy and strategic one-unit-per-tile warfare.

Yes, the AI is shonky in the vanilla game, but that’s where Vox Populi comes in – an expansive community mod that adds tons of great mechanics from Civs gone by, and fixes many of the base game issues. It’s arguably the deepest Civilization experience across the entire series.

Treachery, greed, duplicity and Machiavellianism are just some of the conniving qualities you’ll be calling on when playing Crusader Kings 2. It’s a game where the pen is often mightier than the sword, but a poisoned chalice at a feast or a lie about the legitimacy of your bastard child can be more powerful still.

This medieval strategic sandbox puts you in charge of a noble dynasty – be that a lowly duke in Dorset or the caliph of a middle-eastern kingdom. You preserve your bloodline across generations, through historical events like crusades and plagues as well as endless emergent challenges that arise over the years.

Its breadth of possibilities makes it one of the best story generators in all gaming, and it’ll be fascinating to see if the recently announced sequel can rule the next decade as harmoniously as its predecessor did this one.

Low gravity rocket-fuelled cars and football may seem like strange bedfellows, and utterly banal if you’re interested in neither racing or football. But Rocket League is a gestalt of these two things, creating a new sport altogether that’s been a phenomenon since it came out in 2015.

Rocket League is completely physics-based, and takes full advantage of that through polished mechanics that make for an infinitely high skill ceiling.

Whether you’re scrapping around with friends in local 2-v-2 matches or expertly air-dribbling the ball across the pitch in the upper online leagues, Rocket League is a game that can is as shambolic or as balletic as the amount of effort you put into mastering it. It’s the most deserving surprise hit of the decade.

The game that never dies, having been resurrected on every major console since its initial launch in 2011. But few will dispute the idea that this majestic RPG, set in one of the most atmospheric open worlds in gaming, is at its best on PC.

Because while the base game is a classic in its own right, letting you become a hero or simply embrace the life of an adventurer (until you take an arrow to the knee, that is), the game lives on through its modding community.

It’s here that you can make Skyrim look, feel and play like it was released yesterday, and it’s what makes the game an ever ongoing improvement over what it was back in 2011.

Few developers have benefitted from Kickstarter – itself a distinctly ‘teens’ phenomenon – like Larian Studios. While previous games in the series were always hampered by publisher and budgetary problems, Kickstarter crowdfunding let Larian off the leash, setting them free to make two of the deepest, most rewarding RPGs of all time.

Original Sin 2 builds on the already impressive original, expanding the tactical combat, increasing the impact of your decisions on the world, and offering unthinkable amounts of whimsically written quests. The multiplayer is quite possibly the best that’s ever been integrated into a full-blooded RPG too.

Sneaking high into our list, then blinking over and sticking a blade into the bemused face of the many people who haven’t played this game (it didn’t sell well), Dishonored 2 takes its place among the decade’s aristocracy. Arkane Studios’ immersive sim builds on the spirit of the old Thief games, casting you as a preternaturally gifted assassin in a beautifully imagined steampunk world.

The sequel takes us to the sunny climes of Karnaca, where you play as either Corvo or deposed empress Emily Kaldwin to try and restore the latter to the throne. From the varied and multi-layered levels to the spectacular combos of deadly skills you can string together to dismember your enemies, Dishonored 2 is a treat for the senses and a technical marvel.

No one expected much of the original Portal when it was first bundled with the Orange Box, but it says a lot about the puzzler’s brilliance that we were all holding our breath for the sequel.

And it didn’t disappoint. Portal 2 is a first-person puzzle game where you use one of the greatest guns in gaming – the portal gun – to progress through a series of increasingly difficult and mind-bending obstacles. This already compelling game is bolstered by a brilliantly written story, which casts the voice of Stephen Merchant as a megalomaniacal AI trying to destroy your plucky little robot protagonist.

It’s one of the best ever on-rails narrative experiences, with nary a human character in sight.

If we judge influence by the number of imitators that came in a game’s wake and the rise of a whole genre in its name (Souls-like), then Dark Souls is the most influential game of the last decade.

A hostile world where death is both frequent and consequential, a contiguous kingdom ingeniously interconnected by shortcuts, and an enigmatic story that’s scattered among the drifting characters and dark corners of the forlorn keeps, caves and villages.

These are the traits of a Soulslike, but nine years on none of them – including its own sequels – execute them as precisely as the original Dark Souls. It’s a game that dared to be formidable and uncompromising, and rewarded those of us who persevered through its initial obscurity with an inimitable sense of suspense and satisfaction.

There’s something comforting about the fact that the best RPG and game of the decade wasn’t a high-fantasy outing from a long-established publisher, but one inspired by the little known fables of eastern European folklore, and released by a Polish developer.

The Witcher 3 is a multifarious triumph. It pulls you into endless memorable moments –  from the struggles of villagers contending with war and monsters lurking in the surrounding woods, to the understated compassion of its maligned hero Geralt of Rivia as he searches for his protegee Ciri.

It’s one of the biggest, most detailed and intimate open worlds created – a haunting yet beautiful zenith of gaming that’s a barometer of how much the medium has progressed over the last nine years.