I’ve reviewed dozens of tech products over the past few months. Microsoft, Google, Apple and Amazon have all announced new gadgets ahead of the holidays. Some of them are great, and some aren’t. So I decided to compile a list of my favorites.

This is not necessarily a Black Friday deal guide. Some of the products are on sale, but others aren’t. Sometimes companies don’t discount the new products they know people are going to buy anyway. But I think you’ll find something on this list for the people you’re shopping for, at least the ones who like to play with new gadgets as much as I do. 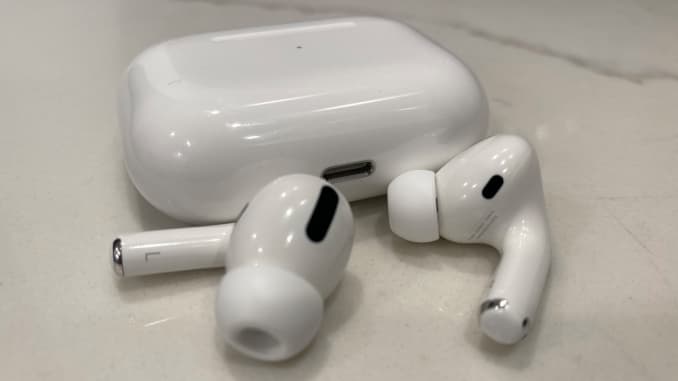 The Apple AirPods Pro cost $249.99. They offer several features regular AirPods don’t, like noise-cancellation, which is great for blocking out background noise on airplanes or just walking around town. When you need to hear something, like a train announcement, there’s a Transparency mode that lets you hear more of the world around you while still playing music. And you can say things like “Hey Siri, where’s my parked car?” Or “Hey Siri, did the Jets win last night?”

They’re my favorite headphones by far because they offer everything I need, plus they come in a compact size. They also pair easily with Apple devices and work with Android, too. They’re on sale on Amazon for about $15 off, and Apple is out of stock until Dec. 30 at the earliest. Best Buy, Target, Walmart and others all have availability if you need them before the holidays. 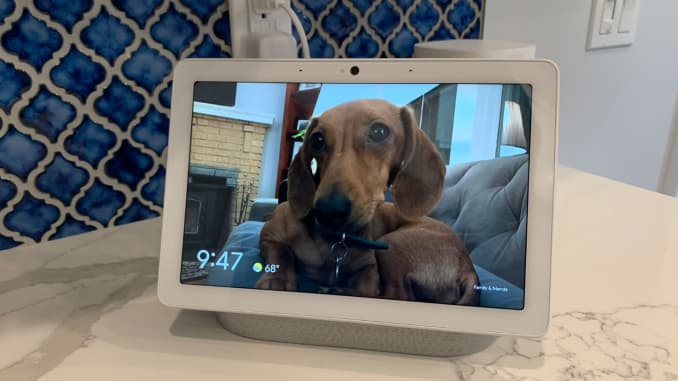 I reviewed the Google Nest Home Hub Max earlier this fall and have fallen in love with it.

It’s basically a really fancy photo frame that shows all of your recent Google Photos, but it can do so much more. There’s a camera for video chatting with other Home Hub Max units or phones, tablets and computers. That camera doubles as a security camera when you’re gone, so you can keep tabs on your house. And it can recognize your face to personalize information like how long your commute will take in the morning, the weather and news you might be interested in. And it doubles as a really good smart speaker for playing music from Spotify, Pandora, Google Play Music and more. You can even use it to pull up recipes in the kitchen, watch TV on Sling TV or YouTube TV. It costs $229, but Google has it on sale for $199 for Black Friday. 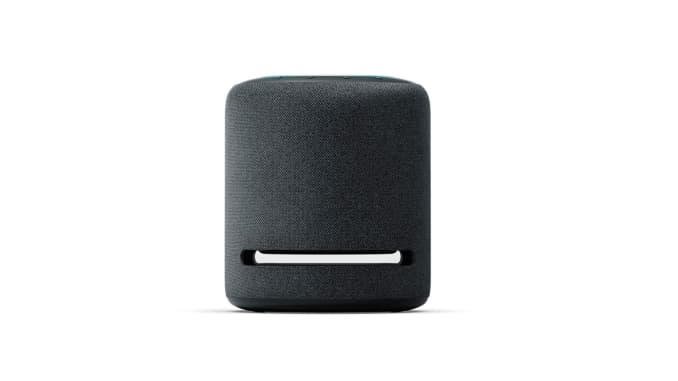 Amazon’s Echo Studio is the best Echo ever. It costs $199 and isn’t on sale right now for Black Friday. But it sounds way better than any other Echo and even some competing products like the Apple HomePod and similarly priced products from Sonos.

It has Alexa, of course, so you can ask questions or order things from Amazon. Or you can ask it to play music from your favorite streaming service. But, it really shines if you play 3D Audio using Dolby Atmos from Amazon Music HD, which costs $14.99 per month if you have Amazon Prime. It creates this wild 3D effect where music sounds like it’s coming from all around you, instead of just near you. But you don’t really need this. It’s also just a great speaker for other services too. Bonus: Pair it with another Echo Studio and some other Echos to create a surround sound system for your TV. 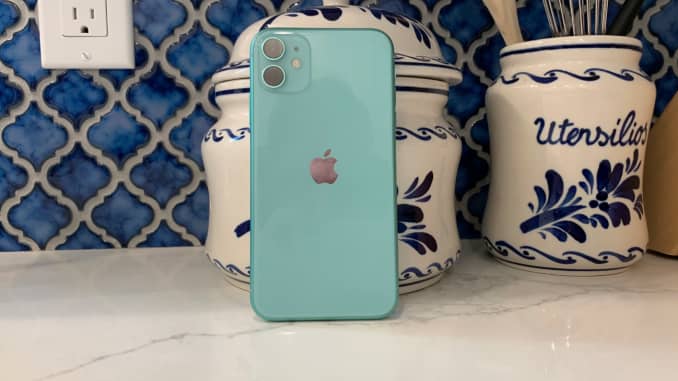 The iPhone 11 is the best iPhone for most people. It has all of Apple’s latest technology, including the fastest processors, wireless charging and Face ID for unlocking the phone when you look at it. You can get it for $399 if you trade in an iPhone or $699 outright. The screen isn’t as colorful as the iPhone 11 Pro or Pro Max models, but it still has great speakers, is water resistant, looks and feels like a more expensive phone and has a really fun wide-angle lens.

You just don’t get the 2x zoom lens on the iPhone 11 Pro, either. Want to save a bit more? Consider last year’s iPhone XR, which includes a lot of similar features but a year-old processor for $599. Apple is offering a $50 gift card if you buy this model through Monday, too. 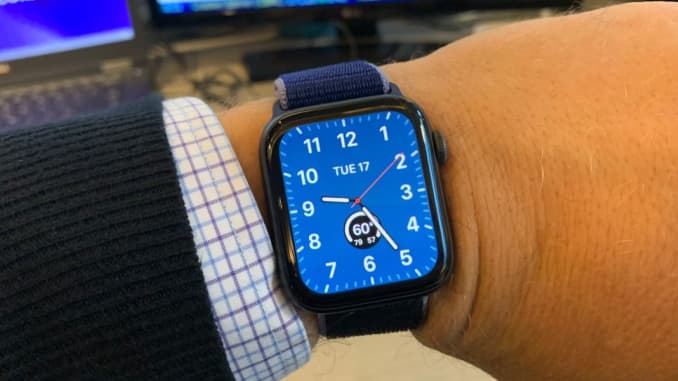 The Apple Watch Series 5 has a nice bright display when it’s on.
Todd Haselton | CNBC

Nobody has a better wearable on the market than Apple. I love the Apple Watch Series 5, which has a new, larger always-on display, but you can get a great deal on the Apple Watch Series 3 that’s 2 years old and still has most of the same features. Best Buy has it for $189.99, for example. And like the Series 5, it can track your workouts, store and play music for walks and runs, connects with your iPhone so you can send/receive text messages and more. I’ve been buying the Apple Watch since the first model launched, and feel naked when I leave it at home. If you haven’t tried one yet, or know someone who wants a wearable, check out the Series 3 or Series 5. 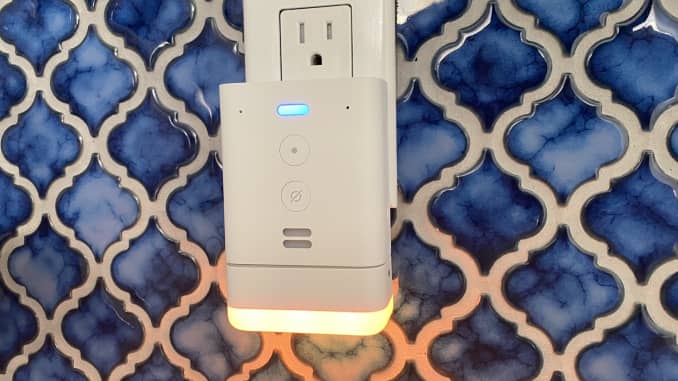 If you want to put an Echo somewhere where you don’t want cords dangling or don’t have any counter space, the Echo Flex is a fun little gadget. It costs $24.99, but it’s on sale for $19.99 on Black Friday. It works like a regular Echo but has a smaller speaker that’s not very good for music. But it’s great for asking Alexa questions, news updates or listening to audio books.

I bought a motion sensor that plugs into the bottom ($31.98 if you buy both) that automatically starts playing news when I walk into the bathroom in the morning. Or you can attach an optional night light ($31.98 with that included) that glows when it’s dark. You can pick any color, so it works well in the bathroom, kitchen or a hallway. 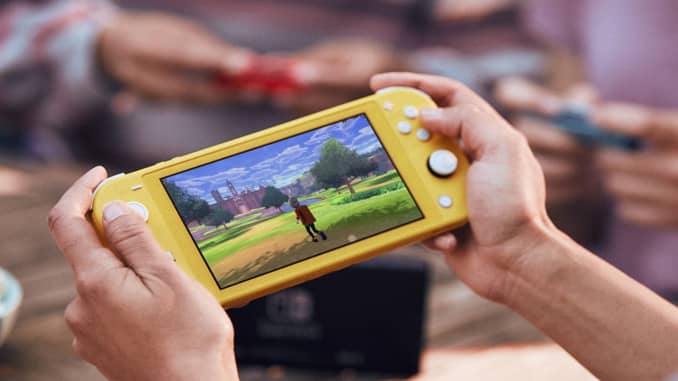 You don’t need to be a kid to enjoy a Nintendo Switch. The new Nintendo Switch Lite doesn’t let you connect to a TV like the regular model but costs less at $199. It’s super portable, and there are tons of awesome games available. I recommend “Mario Kart 8 Deluxe,” “Zelda: Breath of the Wild,” “Overwatch” and “Diablo 3,” but there’s also a massive library of old Super Nintendo and Nintendo games that you might have grown up with. To play those, you need to sign up for Nintendo’s online plan, which costs $3.99 a month or $19.99 a year. It’s worth it. 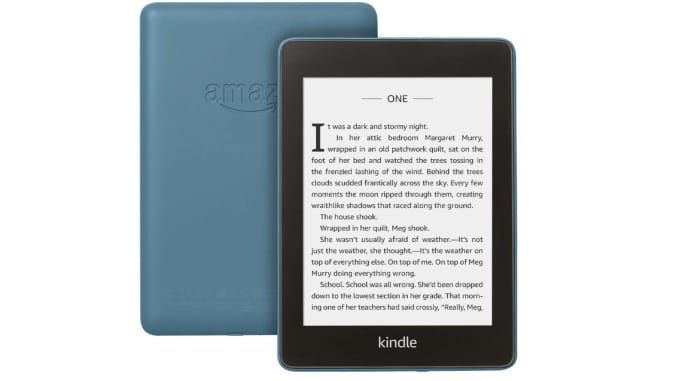 I read a lot of books on my Kindle and recently bought the new Kindle Paperwhite, which is on sale for $84.99 for Black Friday (normally $129.99). I got the new twilight blue color, which I think looks cooler than regular black. It has a sharper screen than the regular Kindle, a backlight for reading at night and is water-resistant in case you accidentally get it wet near the pool or spill on it. The more expensive Kindle Oasis is technically the best Kindle you can buy, since it allows you to change the color of the screen to warmer orange hues that are easier on the eyes when reading at night, but I like the size and price of the Kindle Paperwhite better. 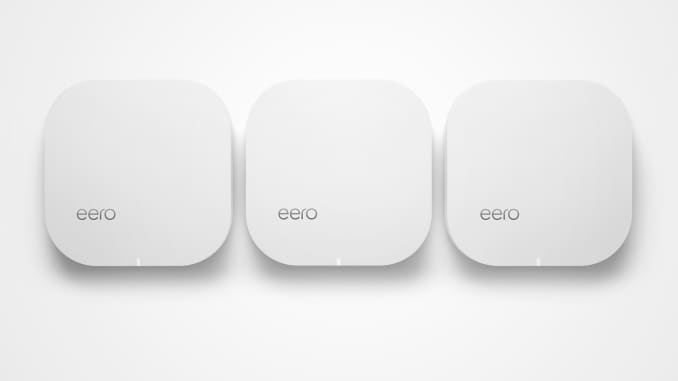 You’re going to have to connect all of these new gadgets to Wi-Fi at home and Amazon’s new Eero mesh Wi-Fi system is my favorite Wi-Fi product. Mesh networking covers your whole house in Wi-Fi, kind of like a net, so you place three different pucks around your house to make sure you have great coverage. It’s super easy to set up, and it has maintained fast speeds in my house. That’s not easy, since I live in an old home with plaster walls that normally kill Wi-Fi. There’s a great app that lets you see which devices are connected, lets you turn off access to certain devices (like your kid’s Xbox when it’s time for dinner) and more. The 3-pack, which you should buy for whole-home coverage (up to 5,000 square feet), costs $159.99 for Black Friday. It’s normally $249. 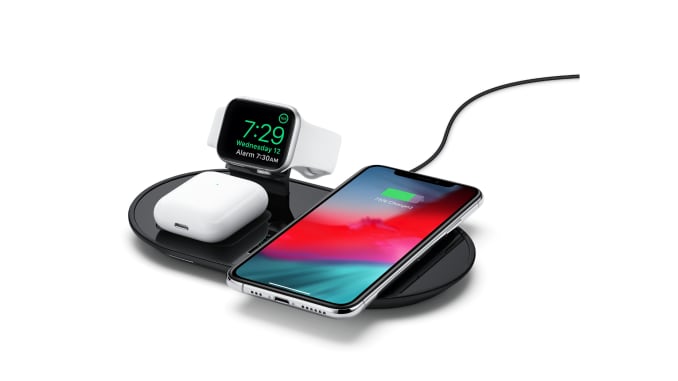 Mophie’s new 3-in-1 charger, the next best option after Apple killed AirPower.
Apple

Here’s a fun stocking stuffer idea: a wireless charger that can charge most new modern phones, whether they’re Android or an iPhone. I usually use this $25 Belkin wireless charger, but my colleagues also like Anker’s products, which you can get for $9.99 and up.

It can also charge your AirPods Pro, which come with an optional wireless charging case. But, if you want to charge multiple Apple devices at once, I recommend Mophie’s new 3-in-1 wireless charging pad. It has a spot to charge wireless AirPods, an Apple Watch and an iPhone at the same time. It’s great next to your bedside table so you can keep everything nearby and have them fully charged when you wake up in the morning. It’s $139.95, though, so it’s a little on the pricey side.