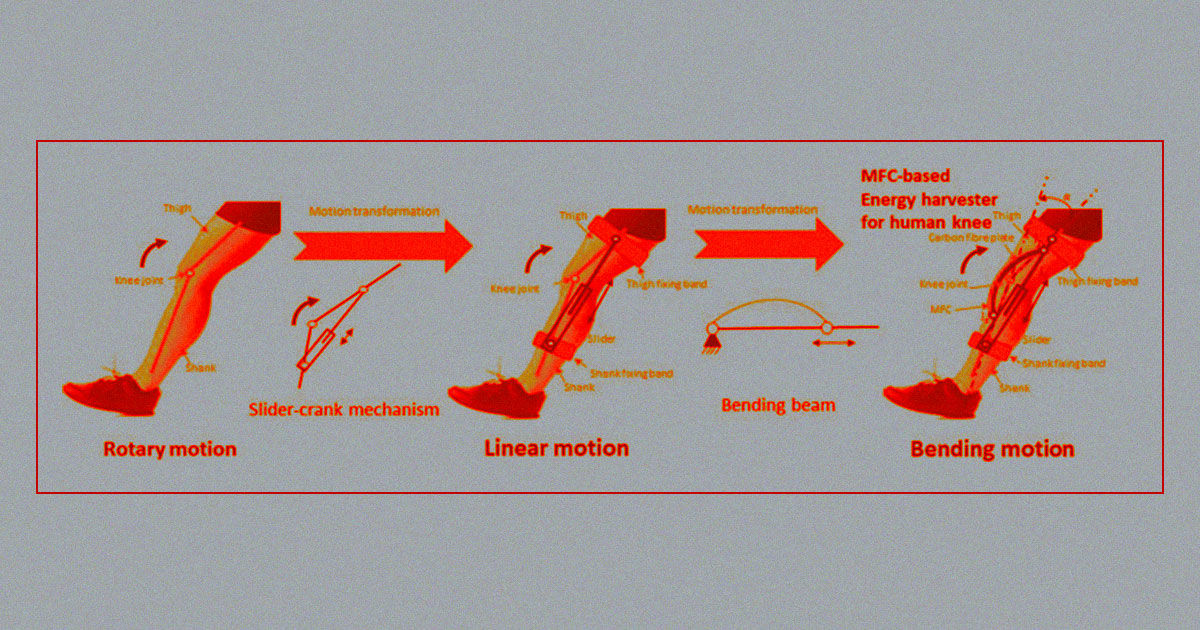 A new lightweight knee brace could extract energy from a person’s person’s gait to charge medical devices, wearables, or even potentially a phone.

The 0.7-pound device, described in research published Tuesday in the journal Applied Physics Letters, reportedly doesn’t make it noticeably harder for people to bend or straighten their knees, meaning it could help people capitalize on their own motion as much as possible — and, perhaps, eliminate the need for charging consumer electronics.

The Chinese University of Hong Kong scientists who developed the knee brace believe that the device could be used to continuously power people’s medical devices or to make sure that hikers’ devices don’t run out of juice when they’re stuck far away from a power outlet, according to New Atlas.

For now, the project is still in the proof of concept phase, so there’s no indication of when a commercial version might hit markets or how much it might cost, though New Atlas reports that a similar devicedeveloped seven years ago was expected to cost around $16.